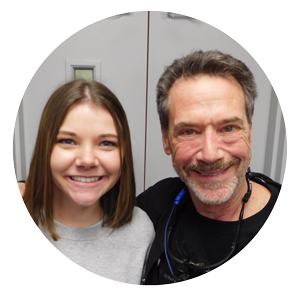 Minor strands or bands of muscle attaching the lips, cheeks, and tongue to other structures in the mouth can lead to  significant functional problems while speaking and eating. A frenectomy is often the solution. Contact us today for a consultation.

The most frequently encountered post-orthodontic problem is the retention of re-established tooth position. Relapse (drifting of the tooth back to its position prior to orthodontic correction) may occur anywhere, but it is often associated with teeth that have undergone rotation (twisting) as part of the orthodontic therapy. A fiberotomy involves the detachment of the fibers that attach the tooth to the bone via the gum. The fibers act like rubber bands and releasing the pressure between the fibers and the tooth reduces the forces that want to pull the tooth back to its original position. It is performed near the completion of the orthodontics and is shown to be effective in preventing the relapse of teeth. 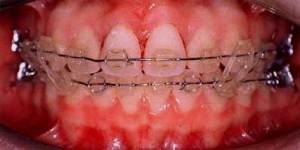 Frenae (plural of frenum) are generally minor strands or bands of muscle attaching the lips, cheeks, and tongue to the bone in the mouth. Because no significant functional problems are encountered when a frenectomy is completed, there is a minimal role in the function of the tongue or muscles of facial expression. Individual needs or problems may dictate when a frenectomy is performed. For the upper front frenum, a frenectomy is often postponed until the permanent lateral incisors and permanent canines erupt (permanent canines usually erupt about 11-13 years old). This recommendation is based on the fact that when the laterals and canines erupt, they will generally close the early diastema (space) between the permanent central incisors. If a frenum is large it may be done sooner and as early as 7 or 8 years old. If the space in the teeth is not closed by normal eruption of the upper front permanent teeth, a frenectomy may be helpful, although orthodontics may also be necessary. 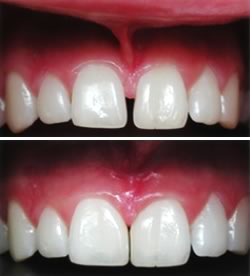 An upper frenum problem does not seem to affect speech patterns. On the other hand, the frenum, which attaches the tongue to the lower arch, may interfere with speech. Generally, this will become apparent as the child begins to form words and phrases. If a notching of the tongue is noted when the tongue is protruded, it is generally recommended to have the frenum excised when the child starts developing speech patterns. Speech therapy may also be required.

This case demonstrates what happens when a prominent frenum connects the gum and the upper lip. Left untreated, this frenum pull may cause gum recession to occur. If recession has already occurred a gum graft may also be necessary.