ABOUT OUR
DENTAL PRACTICE

Pinnacle Center – Dental Implants & Periodontics, formerly known as The Silberg Center for Dental Science, is a board certified specialty dental practice that offers dental implants, gum disease treatment, cosmetic procedures and more. We are located in Mckees Rock at 6200 Steubenville Pike Suite 201, which is just 10 minutes from downtown Pittsburgh.

Our practice consists of Dr. Katherine L. Roll, our experienced team members, including administrative personnel, chair-side dental assistants and surgical hygienists. We are proud of our team’s experience, work quality, and commitment to our patients. 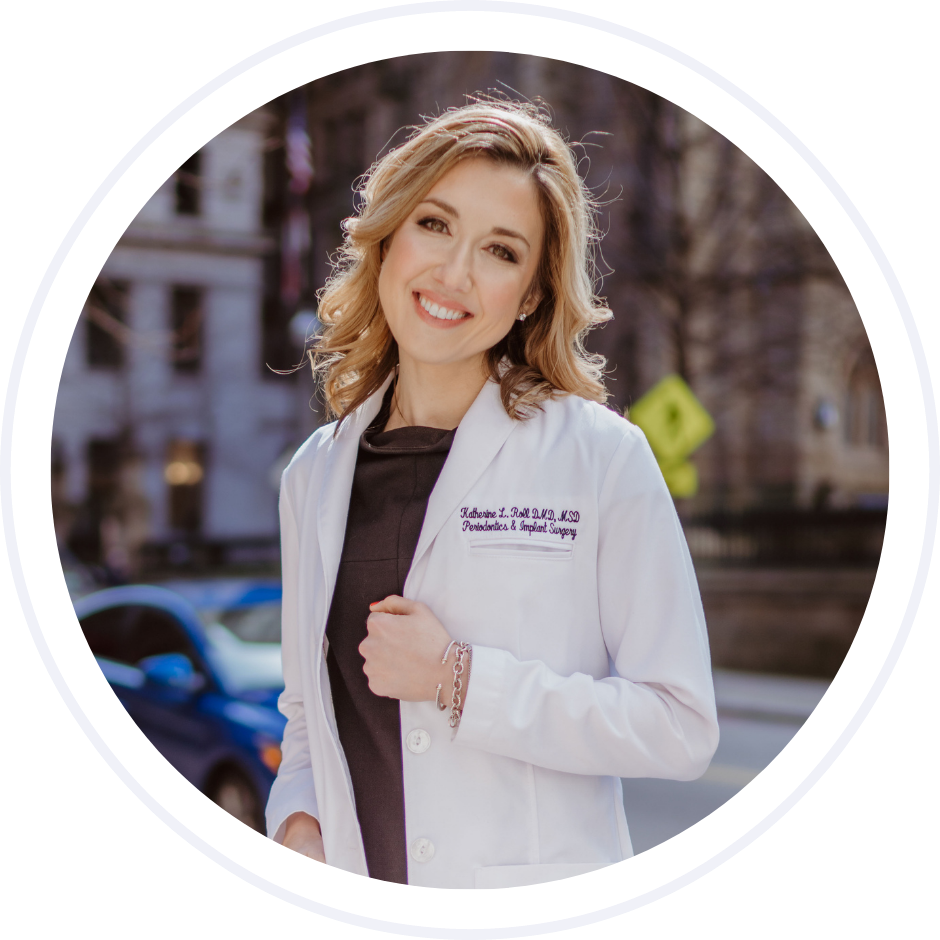 It is our commitment to ensure that each of our patients not only receives the highest level of personalized care, but also the most effective and advanced scientific solutions for all of their oral health needs.

We routinely serve patients from all over the country, who come to us because of our amazing doctors, along with our expert staff utilize, only the highest levels of professional skill and experience, fused with the most advanced technologies, to provide truly effective solutions for:

At Pinnacle Center – Dental Implants & Periodontics, we are committed to educating and partnering with our patients to choose a course of care and treatment that is consistent with, and respectful of, their own individual dental needs, values and beliefs.

Dr. Silberg opened his practice in July of 1980, and named it The Silberg Center of Dental Science. The original office was located in the Robinson Professional Building. As a newly graduated specialist, Dr. Silberg built his practice around his chosen specialty of periodontics.

Dr. Silberg felt that by creating a new practice, rather than purchasing an existing one, he would have the opportunity to implement his unique philosophy and vision of healthcare. Thus, with 0 patients of record, Dr. Silberg began his practice that has now grown into what it is today.

The early years were difficult with the 1980s economy in recession. The Pittsburgh area suffered greatly as many of our steel mills closed. Through Dr. Silberg’s tireless efforts and his commitment to excellence, the practice continued to grow.

By the mid-1980s it was apparent that the office space was too small and there was no room for expansion. The Tower View office building was being built across the street and the decision was made to move to a larger office suite to better serve our patients.

Dr. Silberg designed a new space, and in September of 1987, he moved across the street to the Tower View building at 6200 Steubenville Pike. The building is named Tower View because of the adjacent township water tower, which is in plain view.

Between 1984 and 1985, the dental implant field went through a radical redesign. Dr. Silberg began to study the new dental implant technology and believed that it was a safe and effective treatment. He then began to obtain the necessary training that was needed to be able to place implants for his patients. He placed his first implants in 1984. A gentleman named Romano received them, and the implants are still in place and functioning to this day! In the years since Dr. Silberg has seen the incredible benefits that dental implants provide and has now restricted his practice to implant dentistry and periodontics.

In the years that followed, the practice remained on the leading edge of science and technology:

As Pinnacle Center – Dental Implants & Periodontics, we plan to continue to serve patients from all over the Pittsburgh and greater Southwestern Pennsylvania area.