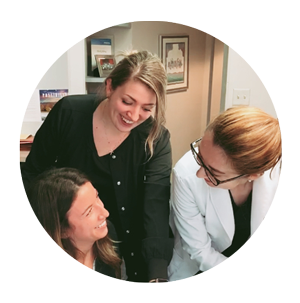 A study dated August 2, 2000 concluded that adults who consume at least three servings of calcium each day have another reason to smile. The study published in the Journal of Periodontology found that people who get enough calcium have significantly lower rates of periodontal disease, a leading cause of tooth loss.

Researchers analyzed government data on calcium consumption and periodontal disease indicators in nearly 13,000 people representing U.S. adults. They found that men and women who had calcium intakes of fewer than 500 milligrams, or about half the recommended dietary allowance, were almost twice as likely to have periodontal disease, as measured by the loss of attachment of the gums from the teeth. The association was particularly evident for people in their 20s and 30s.

Researcher Robert Genco, D.D.S., Ph.D., chair of the Oral Biology Department at The State University of New York at Buffalo, says the relationship between calcium and periodontal disease is likely due to calcium’s role in building density in the alveolar bone that supports the teeth. “Periodontal disease is an infection caused by bacteria that accumulate in pockets between the teeth and gums. Eventually, the infection can break down and destroy the tissues and bone that support the teeth. But, if the jaw bone is kept strong with enough calcium, it may be better able to withstand the bacterial onslaught,” explained Genco.

“Warding off periodontal disease is one more good reason to make an effort to consume enough calcium,” says Janet Helm, a registered dietitian and spokesperson for the American Dietetic Association.

“Calcium is necessary for healthy bones, teeth, muscle contractions and other body functions. Yet, about three out of four people do not meet their daily need.” The American Dietetic Association says good sources of calcium include dairy foods such as milk, yogurt and cheese, dark green veggies, fortified orange juice, as well as rice and beans.

“A relationship between calcium intake and periodontal disease makes sense in light of other new research linking osteoporosis with tooth loss,” said Jack Caton, D.D.S., M.S., president of the American Academy of Periodontology (AAP). “However, people need to keep in mind that several other risk factors also exist for periodontal disease, including tobacco use, oral hygiene habits, genetics, diabetes, certain medications and stress,” said Caton. “In addition to drinking milk, people should ask their dentist or periodontist about the state of their periodontal health to help prevent tooth loss and protect overall health. He or she can help identify and control the risk factors for periodontal disease.”

Researchers analyzed vitamin C intakes and periodontal disease indicators in 12,419 U.S. adults. They found that patients who consumed less than the recommended 60 mg per day (about one orange) were at nearly one-and-a-half times the risk of developing severe gingivitis as those who consumed three times the RDA (more than 180 mg). Gingivitis is the mildest form of periodontal disease, and it causes the gums to become red, swell and bleed easily.

Researcher Robert Genco, D.D.S., Ph.D., chair of the Oral Biology Department at The State University of New York at Buffalo, says the relationship between severe vitamin C deficiency and gum health has long been known. “In the late 18th century, sailors away at sea would eat limes to prevent their gums from bleeding,” Genco said.

“The relationship between vitamin C and periodontal disease is likely due to vitamin C’s role in maintaining and repairing healthy connective tissue along with its antioxidant properties.”

“Periodontal disease is an inflammatory disorder that increases tissue damage and loss. Since vitamin C is known as a powerful scavenger of reactive oxygen species, which form part of the body’s antioxidant defense system, low levels of dietary vitamin C may compromise the body’s ability to neutralize these tissue destructive oxidants,” explained Genco.

“Diet plays an important role in the overall well-being of oral health. Especially in light of other new research between calcium and periodontal disease,” said Jack Caton, D.D.S., M.S., president of the American Academy of Periodontology (AAP). “However, people need to keep in mind that vitamins, dietary supplements and good nutrition are not cures for periodontal disease. Patients must also brush and floss, and ask their dentist or periodontist about the state of their periodontal health to help prevent tooth loss.”

A free brochure entitled Periodontal Disease: What You Need to Know is available by using the AAP’s online request form or toll-free number 1-800-FLOSS-EM. The AAP’s Web site at www.perio.org can provide more information.