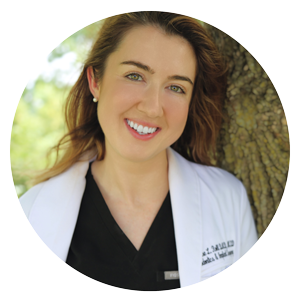 Two days before her due date, Staci Woo went to the hospital because her baby, Stella, hadn’t kicked much that day. The baby, Woo’s first, was stillborn and Yiping Han, PhD, an expert in periodontics and pathology at Case Western Reserve University’s School of Dental Medicine, pegged a common gum disease as the culprit.

Bacteria from gingivitis have been shown to cause premature births, but Woo’s case, documented by Han and her colleagues in the February issue of Obstetrics & Gynecology, was the first reported link to the death of a full-term baby.

Woo, her doctors and her dentist had not been alarmed when her gums bled during pregnancy. This problem is ordinary and even more prevalent in pregnant women because of hormonal changes. “Gingivitis, usually relatively harmless, turned into a killer in this case,” says Han, pointing out that Woo also had an upper respiratory infection a few days before the stillbirth that may have contributed by weakening her immune system.

Gingivitis-associated bleeding allowed the oral bacteria Fusobacterium nucleatum, normally contained to the mouth, to reach the placenta through Woo’s bloodstream. In findings that aligned with her previous research in animals, Han showed the match between the bacteria from Woo’s mouth and those found in the baby’s lungs and stomach.

Han recommends good oral hygiene including regular brushing, flossing and dental checks before and while a woman is pregnant. Woo, now 36 with a healthy baby boy, echoes the suggestion and says that, for her part, “I always practised good dental hygiene, but in this second pregnancy, I was even more vigilant.”