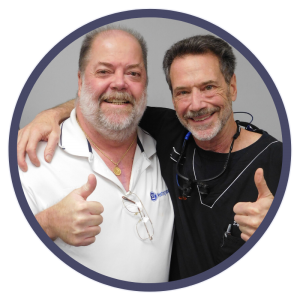 About 80 million people in the US alone take bisphosphonates for cancer and osteoporosis. Fosamax (Generic: Alendronate), manufactured by Merck, gained FDA approval in 1995. Fosamax is prescribed to treat osteoporosis and Paget’s disease. Fosamax is a type of drug known as a bisphosphonate. In 2005, Novartis Pharmaceuticals released a bulletin that made it clear that patients who have received intravenous bisphosphonates are at high risk for osteonecrosis of the jaw (ONJ).

ONJ is also known by several other names, such as avascular or aseptic necrosis of the mandible/ maxilla, Jaw Death, Dead Jaw disease, or Bisphossy Jaw. ONJ is a disfiguring and disabling condition where the jaw bones suffer literal bone death through infection and rotting. ONJ develops when the jaw fails to heal after minor trauma such as a tooth extraction or even a denture that causes sore spots and the irritation and pressure seems to cause bone exposure. ONJ is a complex problem with multiple risk factors. Bisphosponates is just one risk factor. Typical signs and symptoms of ONJ include, but are not limited to: pain, swelling, or infection of the gums; loosening of the teeth; poor healing of the gums; numbness or a feeling of heaviness in the jaw; drainage and exposed bone. The seriousness of ONJ ranges from a patient being asymptomatic to requiring entire sections of the jaw to be removed. Bisphosphonate drugs can persist in bone for months and some reports say up to 10 years after the drug has been discontinued. Accordingly, withdrawal of bisphosphonate therapy does not appear to hasten recovery of the osteonecrosis. Treatments, including mouth rinses, systemic antibiotics, hyperbaric oxygen and surgical debridement have been tried, but so far none has proven consistently effective.

A connection between Fosamax and other bisphosphonates and Osteonecrosis of the Jaw was only recently found. The findings were published in the Journal of Oral and Maxillofacial Surgery, and it prompted the US Food and Drug Administration (FDA) and the manufacturer of Fosamax to issue a warning to health care professionals. The warning was specifically for cancer patients that were given the drug in high doses intravenously. To date the number of reported cases in patients using the drug orally has been quite low and has been estimated to be somewhere around 1 in 300,000. It has also been reported that the risk is extremely low in patients that have been using the drug for 3 years or less.

Bisphosphonates are most commonly used in tablet form to prevent and treat osteoporosis in post-menopausal women. Stronger forms of bisphosphonates are commonly used in the management of advanced cancers that have metastasized to the bone, where the disease often causes bone pain and possibly even fractures. Several cancers can involve or metastasize to the bone, including lung cancer, breast cancer, prostate cancer, multiple myeloma, and others. When bisphosphonates are given in cancer chemotherapy, the drugs are given intravenously and usually for longer periods of time.

What is not clear is the situation for patients who have taken bisphosphonates via the oral route. Not as much data has been collected on oral bisphosphonates and osteonecrosis. What does this imply for dental procedures in these cases? So, far it is as clear as mud, and having said that… Dr. Silberg has treated numerous patients on bisphosphonates, including his parents, without any incidents of ONJ.

Over time oral bisphosphonates may actually emerge as a significant problem simply because of the vast number of people taking them. Now that we are all more aware of the complications of bisphosphonates maybe we will have more cases being reported yielding more data for analysis. Other non-bisphosphonate drugs for the treatment of osteoporosis are available. Evista is one of these drugs. Contact us to learn more or to schedule an appointment for treatment.