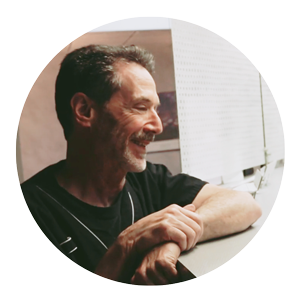 Researchers found depressed patients have twice the odds of sub-optimal outcomes from periodontal treatment over one year compared to patients without depression, according to a recent study* in the April Journal of Periodontology.

There are many factors that could impact treatment outcomes in clinically depressed periodontal patients, said John Elter, lead author of the study and a dentist and epidemiologist at the University of North Carolina Chapel Hill School of Dentistry. For example, the patient’s attitude about the treatment process plays a significant role in treatment success. Depressed patients might view a course of periodontal treatment as an overwhelming ordeal, and might be more likely to not comply with all treatment recommendations.

In addition, depressed persons are more likely to continue to smoke, which has been linked to poor response to periodontal therapy, said Elter. Most importantly, it is possible that their immune system is impaired which may slow down the body’s reaction to fight off the infection, but more research needs to be conducted to verify this.

He continued, Future studies should focus on elucidating a possible mechanism for the negative effect of depression on the immune system and on wound healing.

Previous research has found that depression has been associated with poor outcomes from cardiac surgery and reconstructive spinal surgery. In this study, the presence of preoperative fear, anxiety, or depression prior to surgery is associated with a negative postsurgical experience and with increased post-periodontal surgery pain response and impairment of quality of life.

A total of 697 patients were given periodontal exams between January 1, 1996, and December 31, 1998; 85 of the patients had been diagnosed with some form of depression. Each patient had at least three diseased sites with probing depth (PD) greater than 5 mm between the gum tissue and teeth at the beginning of the study and was monitored from the date of the initial periodontal examination until the follow-up examination one year later. The level of periodontal diseases in the patients varied from moderate to severe. The median change score in the disease after treatment was 7.4 percent in mentally healthy patients and only 4.7 percent in depressed patients.

In any given 1-year period, 9.5 percent of the population, or about 18.8 million American adults, suffer from a depressive illness, according to the National Institute of Mental Health. Women tend to experience depression about twice as often as men due to many hormonal factors such as menstrual cycle changes, pregnancy, pre-menopause, and menopause. While the exact cause is not known, some types of depression run in families, suggesting that a biological vulnerability can be inherited. Additional factors, possibly stresses at home, work, or school, are involved in its onset.

In light of recent economic events, more Americans may have additional stresses that may put them at a high risk of becoming clinically depressed. Therefore, periodontists needs to be aware of the signs and symptoms of depression so they can adjust their treatment procedures to obtain the best possible outcomes, said Bueltmann.

A July 1999 article in the Journal of Periodontology reported that high levels of financial stress and poor coping abilities increase twofold the likelihood of developing periodontal (gum) disease.

After accounting for other risk factors – such as age, gender, smoking, poor dental care and diabetes – those who reported high levels of financial strain and poor coping behaviors had higher levels of attachment loss and alveolar bone loss (signs of periodontal disease) than those with low levels of financial strain. However, people who dealt with their financial strain in an active and practical way (problem-focused) rather than with avoidance techniques (emotion-focused) had no more risk of severe periodontal disease than those without money problems.

For more information on depression, visit our page on Women’s Health Links.